Dream of an Aligator or a Crocodile

Dream of a Crocodile or an Alligator 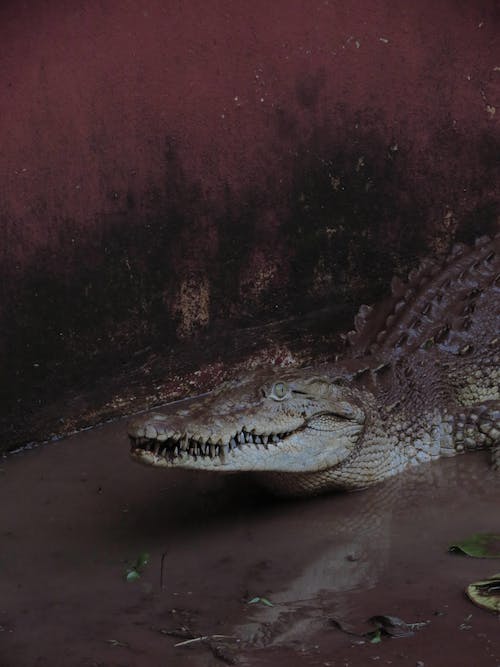 To dream of an alligator represents a situation in your life that you feel is dangerous. Feeling that a problem has rocked your sense of balance or safety. Feeling shaken by something or struggling to contain a problem. An alligator may also reflect a powerful fear you have. An alligator may be a sign that you need to put more effort into confronting your fears or speak to someone about your problems. An alligator may reflect the danger you feel from a job layoff, argument, or interpersonal problem. It may also reflect the threat of loss or feeling that a crisis may be at hand. Negatively, an alligator may reflect your threats of serious consequences to other people if they dont behave or conform. Threatening people with Gods revenge if they dont be more careful with their immoral behavior.

Threatening other people with a serious warning or serious loss. If you find yourself eating alligator in a dream it represents overcoming a fear or dangerous situation. You are feeling victory, success, and triumph. To dream of a blue alligator symbolizes a powerful fear of a positive situation. You possibly have strong insecurities or anxieties about something that is good for you. Example: A man dreamed of alligators following him. In real life he was trying to avoid financial bankruptcy. The alligators represented his sense of danger about his failing finances and inability to cover bills. Example 2: A man dreamed of being chased by a flying alligator. In waking life he was severely traumatized by a hurricane disaster. The dream most likely reflected the dreamers feelings about the lingering and dangerous possibility of another hurricane occurring. Example 3: A man dreamed of seeing an alligator chasing his daughter.

In waking life he got very angry with his daughter because he feared for her safety. He felt that he may have overreacted. Example 4: A woman dreamed of holding a baby alligator. In waking life she was threatening her husband with Gods rath because he had cheated on her with another woman. The alligator in this case may have reflected her feelings about her threats of Gods rath being a lurking threat that her husband needed to fear if he was to continue living immorally. Example 5: A woman dreamed of walking over a tightrope with alligators below her. In waking life she was carefully trying to maintain perfectly acceptable behavior at work to avoid being fired. In this case the alligators may have reflected her feelings about the lurking threat of being fired if she made a mistake. She felt that lots of people at her work place were gossiping about her making the problem worse.